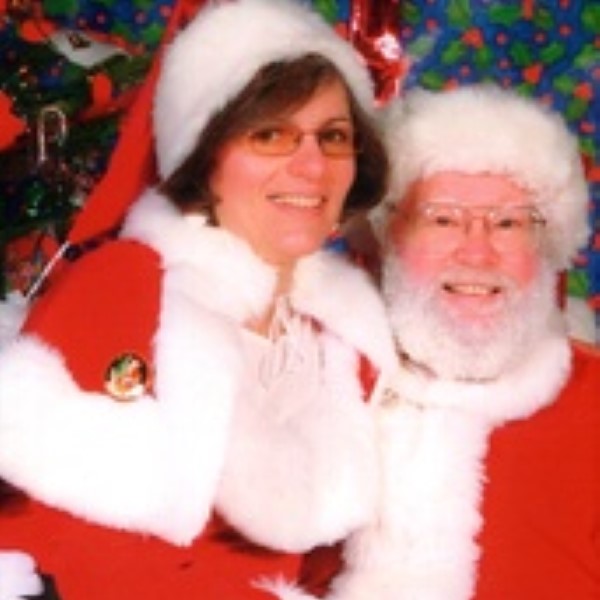 In 1979 I was stationed at Rhein-Main Air Base in Germany as a Department of Defense Civilian employee. Most of my work involved helping the military repair aircraft throughout Europe. All military personnel and their families arrived at this airbase to begin their European tour. The Rhein-Main AB terminal was open 24/7. I inquired about what the Airforce did for the children who arrived on Christmas day. I was told “nothing”, so I purchased my first Santa Suit with a fake beard and met the aircraft on the ramp dressed as Santa and then went up the ramp to give each child some candy and a gift. I did this for seven years. My job required me to travel and live in many places throughout the Europe and the U.S. By the time I returned to the U.S. I had a natural beard. I have been a Santa at Rhien Main AB Germany, Plattsburgh NY, Sacramento CA, Clovis NM, and Poulsbo WA. I have been featured in many newspaper articles throughout the U.S. I have over 30 years’ experience as a Natural Santa. I have been the Santa for the Port Gamble S’Klallam tribe for the past ten years. I provide all my services Pro bono for schools, non-profits, and church groups. I have also worked at malls and other locations for pay.